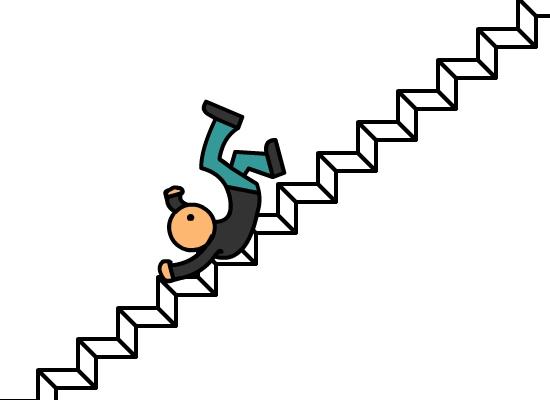 BEWARE YOUR GUESTS DO NOT FALL DOWN THE STAIRS

The appellant (Pauw) is the owner of a house in the Strand. On Christmas Eve 2005, when the respondent (Du Preez) was in the process of leaving the house, she lost her balance and fell from a flight of stairs leading to the street causing her to sustain certain injuries. The respondent instituted action for damages in the Western Cape High Court contending that the appellant had negligently failed to protect that portion of the stairs from which she had fallen with a railing that would have prevented her fall. When the matter came to trial, the issue of the appellant’s liability was decided as a separate issue. The trial court concluded both that the appellant had been negligent and that she had failed to establish contributory negligence on the part of the respondent, that is that the respondent was also partly to blame for the injuries sustained. The court issued an order declaring the appellant to be liable to the respondent for whatever damages she might have suffered and could prove as a result of the injuries sustained by her in the incident.

The appellant appealed to a full court in Cape Town. In doing so she accepted that she had been negligent but argued that the trial court had erred in not finding contributory negligence on the respondent’s part. Her appeal was dismissed but, with special leave, she appealed to the Supreme Court of Appeal contending, once again, that the respondent’s own negligence had contributed to her fall.

It appears from the case record that the respondent had lost her balance immediately after having closed a gate across the stairs. There was no evidence as to what had caused her to do so. The Supreme Court of Appeal held there are a myriad of potential reasons why persons might lose their balance. It therefore concluded that the fact that the respondent had lost her balance and fallen did not give rise to any inference of negligence on her part.

The reason why she had fallen was thus unexplained and, in those circumstances, contributory negligence on her part had not been proved.

The appeal was therefore dismissed, with costs.

The moral of the story is see that your staircase is safe and does not constitute a danger to anyone.